Facebook Jail is a term used to describe the temporary suspension of a Facebook account. This can happen for a number of reasons, including if a user violates the site’s terms of service, is reported for spamming or abusive behavior, or is found to be using a fake name.

When a user is placed in Facebook Jail, they are typically unable to post on the site or access their account for a period of time. In some cases, a user may be permanently banned from the site.

If you find yourself in Facebook Jail, there are a few things you can do to try and get your account reinstated. First, you can reach out to Facebook directly and explain why you believe your account was suspended. You can also try reaching out to the person or people who reported you, and asking them to rescind their report.

Ultimately, whether or not your account is reinstated will depend on the severity of your offense and Facebook’s decision. However, it’s always worth a try to reach out and explain your situation.

The most common punishment is a temporary ban, which can last anywhere from a few hours to a few days. This is usually given for minor offenses, such as spamming or using profanity. If you are given a permanent ban, it means that you have done something serious, such as hacking into someone’s account or posting pornographic material.

If you receive a warning, it means that you are close to being banned. This is a chance for you to improve your behavior and avoid any further action. warnings are usually given for offenses such as harassment or hate speech.

Facebook Jail is not a physical place, but it is a term used to describe the actions that Facebook takes against users who violate its terms of service. These actions can range from a warning to a permanent ban.

There are a few things you can do to avoid getting punished in Facebook jail. First, familiarize yourself with the site’s terms of service and community standards. Make sure you understand what is and is not allowed on the site. If you’re not sure about something, ask a friend or look it up online. Second, take some time to review your own posts and make sure they comply with the site’s rules. If you see something that violates the rules, delete it or report it to Facebook. Third, be mindful of your language when posting on the site. Avoid using inflammatory or offensive language. Fourth, respect other users’ privacy by not posting their personal information without their permission. Finally, if you do find yourself in Facebook jail, don’t despair. It’s not the end of the world. Just take a break from the site for a while and come back when you’re ready to play by the rules.

What to Do if You’re Already in Facebook Jail

If you’re already in Facebook Jail, there are a few things you can do to try and get out. First, try reaching out to Facebook directly and explaining your situation. It’s possible that there was a misunderstanding and that you can be released. If that doesn’t work, try reaching out to your friends and family who are on Facebook and see if they can help vouch for you. Finally, if all else fails, you can try creating a new Facebook account and starting fresh. Whatever you do, make sure you read the Facebook terms and conditions carefully so that you don’t end up in Facebook Jail again!

1. First, try to figure out why you were put in Facebook jail. This will give you a better idea of what steps you need to take in order to get out.

2. If you were put in Facebook jail for breaking one of the site’s rules, make sure to read up on the rules so that you don’t make the same mistake again.

3. Be patient and wait it out. In most cases, your sentence in Facebook jail will only last a few days.

4. If you still can’t seem to figure out how to get out of Facebook jail, try reaching out to a friend or family member who is familiar with the site. They may be able to give you some helpful advice.

So, it’s important to be aware of the rules and to play by them. Otherwise, you could find yourself in Facebook Jail, with no way to get out.

Facebook jail is a term used to describe a temporary ban from using the social networking site. This can happen for a number of reasons, including posting too much in a short period of time, making too many friends requests, or being reported for spamming.

The length of a Facebook jail sentence can vary, but it is typically around 24 hours. In some cases, it may be longer depending on the severity of the offense.

3. What happens if I break the rules again while I’m in Facebook jail?

If you break the rules again while you’re in Facebook jail, your sentence may be extended or you may be permanently banned from the site.

4. I didn’t do anything wrong, why am I in Facebook jail?

5. How can I avoid getting put in Facebook jail?

The best way to avoid getting put in Facebook jail is to follow the rules of the site. If you’re not sure what the rules are, you can check the Facebook Help Center. 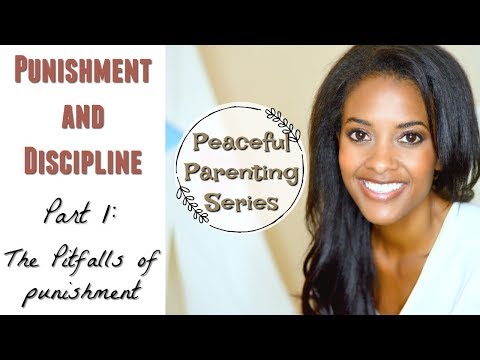 Snippet360.com is the #1 technology & digital marketing resource for small businesses and entrepreneurs. We provide you with all the tools, resources, and advice you need to grow your business online. We have a team of experts who are always here to help you succeed, and we are excited to offer our clients a variety of resources that will help them grow their business online.